How does being an immigrant influence the potential of being sexually abused?

I believe there is no direct correlation between being an immigrant and being sexually abused.  Unfortunately, sexual abuse and violence is an epidemic across the globe.

In the United States only, there are 1 in 3 women,  1 in 6 boys sexually abused every hour – this only accounts for those crimes that get reported to authorities. 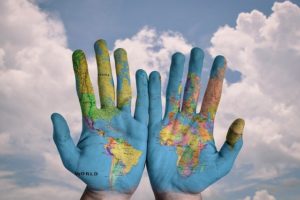 However, I strongly believe that my immigrant status and the experiences of my immigrant parents and siblings had a huge impact on my life, and contributed to the exacerbation of my dysfunctional family system, which led to the sexual abuse.

Although by choice, my parents and family were separated when I was at a critical developmental age of 6 years old.  My parents were financially affected, as my father struggled to seek employment, lost his government employment status in the Dominican Republic, adjusted to not speaking the language in the U.S.A, and had little or no emotional and financial support.

When we finally reunited in the U.S., we struggled with the adjustment of the multiple moves, the cultural changes, the lack of language access and never feeling like we belonged.  My mother, until her death, regretted ever leaving the Dominican Republic. I am glad that I eventually got to return to my birth country; my parents were not financially or emotionally established enough to provide me (us) with the opportunity to reconnect and reacquaint ourselves with our home (country).

How has being an immigrant had an impact on the way you see yourself and your experiences?

I’d love to hear from you. If I can provide support to you please reach out to me.

Be Well, Be Blessed