There is a lot of God and mention of Spirit in my memoir.

Must one believe in God or belong to a particular faith in order to heal?

Absolutely not.  What is important is to believe in someone or something greater than you, a force that you can turn to when you are out of options, a higher power or source that keeps you hoping and seeking a better tomorrow.

I identified with a higher power that I referred to as Mother, Father, God, Spirit Creator and Universal Truth.  My belief system gave me the strength to endure my experiences and keep moving forward.   I believed in whatever helped me feel better, even if it was my own illusion. 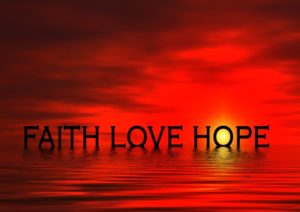 I certainly had my issues with God throughout my life, times when I could not understand why a so called omnipotent and omnipresent God would allow such unfair, and unexplainable, dis-heartening and evil events to occur.  But throughout the years, through all the darkness, I came to realize that God, Creator, and that universal energy, that many called God was not responsible for the evil, ill humans, outrageous devastating occurrences, but instead, was credited with the sense of hope and possibilities that kept me going when I felt beat down and defeated by life.

What keeps you moving forward and hoping for a better tomorrow?

Do you identify with a higher power greater than yourself?

Share you thoughts and let me know if there is way I can support you on your journey.

Be Well, Be Blessed